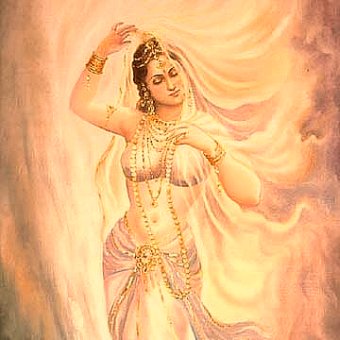 Skt., yoni: vulva and puja: worship, ritual
Those who make it their sole mode of worship are excused from any other ritual obligation.
The text below is a revised excerpt from The Yoni (1996).
In abstract terms, a Yoni Puju is defined as a sacred ritual during which the yoni is worshipped. This can occur by using a sacred sculpture, a painting, or a sanctified natural object as focus of veneration, or by worshipping the yoni in her living form – with the help of a woman. In any case, the worshipper engages in 1-pointed meditation on, or visualization of, the thus venerated representation of the Goddess. In  reality, however, and in the religious practice that is still very much alive in present-day India, a Yoni Puja is a much more detailed, strange (to some), intimate (to others) or hardly believable (again to others) manner of religious worship; a ritual that goes back thousands of years, yet one that is still practiced today.
Many forms of this ritual can take place, given the vastness of India and the multi-sectarianism of Hinduism. There are several ritual elements, and a clear symbolism, that constitute a  blueprint for the Yoni Puja, in various local varieties.
There are subdivisions of the Yoni Puja. There are inner and outer pujas, and each of these can occur in either an ordinary or a secret form. Apart from this, again, the Yoni Puja is subdivided into three categories, each of which can be indicated by one of the following terms: adoration, magic, and meditation; with the latter being the most secret one. Inner, in this context, refers to the fact that the practice is being done inside one’s head, using visualization, rather than visibly in the outer, material world. Outer, of course, then refers to a visible ritual of one or more persons before an object or a woman. The latter type of Yoni Puja is performed in mixed groups, but  sometimes only women or only men may be attending. 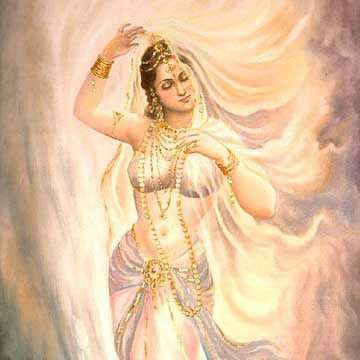