Mastering Sex & Tantra
In Kundalini Tantra Yoga we don’t try to suppress or sublimate sexual energy, instead we look to raise its vibration so that our sexual charge can be used to nourish our higher centers (chakras).
There are many Kundlaini Tantra Yoga Kriyas (sets), breathing exercises and meditations to help raise and channel our sexual energies.  Here we will explore the closely related school of Sexual Tantra ...applying Kundalini Tantra Yoga to sex itself.
In this variation of Kundalini Tantra Yoga, the sex act not only arouses but also intensifies one’s sexual excitement in order to reach heightened states of eroticism.  Importantly, sex is used to reach and experience altered states of consciousness.
Of all the prerequisites for practicing Sexual Tantra, the following are vital:
1.  Loving Partner:  Most important for the practice of this branch of Tantra is to have a loving, understanding, interested partner.  Sexual Tantra is not just about having sex, but you may end up doing that!    It also explores communion between the male (Shiva) & female (Shakti) manifestations in order to reverse genesis.  In other words, from One there came many (in this case 2) and in Sexual Tantra, via sex, Shiva & Shakti merge so the many return to One. 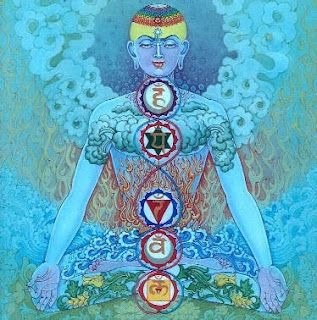 2. Sexual Control:  If you want to delve deeply into Sexual Tantra, you must learn to master your sexual passions.  This article addresses how the male partner can master his ejaculatory response during sexual intercourse.
Tantric Breathing Technique to Prolong Sexual Intercourse:
The following technique is a variation of Kapalbhati Pranayama and it is simple yet very effective.
During sexual intercourse, as excitement peaks for the male and he approaches orgasm he should do Kapalbhati Pranayama through the mouth.  Specifically, he should puff air out of his mouth while pulling in the stomach muscle sharply with each exhalation.  As in Kapalbhati, allow the stomach to relax for the recoil inhalation to take place. This rapid puffing out of air through the mouth changes the blood chemistry and will retard ejaculation by easing the blood supply to the male sexual organ.
Like any skill, practice makes perfect!  But I suspect you won’t mind practicing this one so much.